“Oxymoronic objects choreography and paradoxical oxymora antithesis visualization” is a set of author’s “know-how” graphic-making methods addressing to creating cognitive oxymoron graphic that call visual attention to an apparent contradiction (superficially scenes contradictory) of objects in actions or non-actions but juxtaposed in such a way that there is no contradiction and being deliberately intended to confuse and designed to provoke a laugh.

“BOOKFACE” or else alternatively called “FACE-BOOK-CASE” is the Author elaborated term for conceptual idea of specifically designed scene visualization to be created with exploiting a set of special artistic imagery visual perception techniques and to be intended to help the viewers’ targeting-audience to get a new knowledge.
The given cognitive associative teaching-approach incentive is addressed to finding the solution for concrete “problematic case” and making the certain call-to-action decision after visually digesting the whole imagery scene.

This visualization concept exploits the imagery-analogy with “Time’s Up!”  table-game developed by Peter Sarrett and basically consists in characters’ role-playing appearance (celebrities prototypes) in the animation scenes.


The fairy-tales modern-day equivalent interpretation concept of animated scenes together with “Dimanasus Prophecy Time’s Up!”  visualization concept are addressing to wide-range auditory to be told the whole story in the way of philosophical, allegorical and metaphorical funny-jokes-telling. 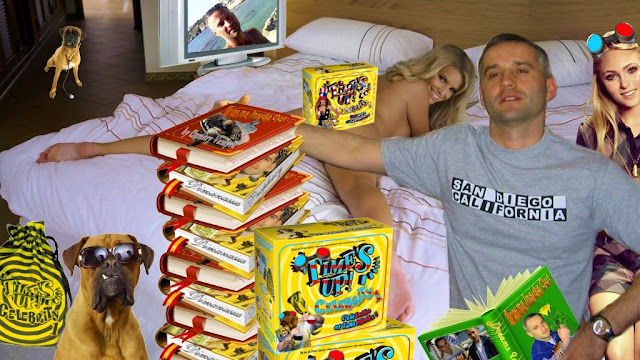 The “Dimanasus Prophecy Time’s Up!”  box is an allegory that is addressing to “Anti-Sexual Harassment” and “Anti-Human trafficking” issues.

The animations, or animated cartoon scenes, might be described as a gestalt cognitive and mnemonic art-work enriched in meaning and depth, embedded with allegory and symbolism, with the goal of “sending” messages that should capture a segment of the audience’s attention. 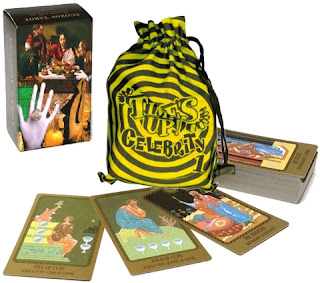 The Tarot cards “future modeling” readings visualization is to serve as the cognitive, mnemonic oxymora visual-understanding of the human being inner cosmic nature world having a cosmic meaning and implying cosmic responsibility and creating uniting of contradictions but causing “cognitive discord” when it is addressing to the issues such as in particular, but not limited, “sexual harassment allegations”, “sexual assault and inequality” and “human trafficking”.

The storyboard sketches presented on the form of screen-shots are made using caricatures and digitally manipulated fake-images of easy-recognizable, celebrity and world-famous people; however there was never the Author's intention to be disrespectful or offensive in any way towards any of them. 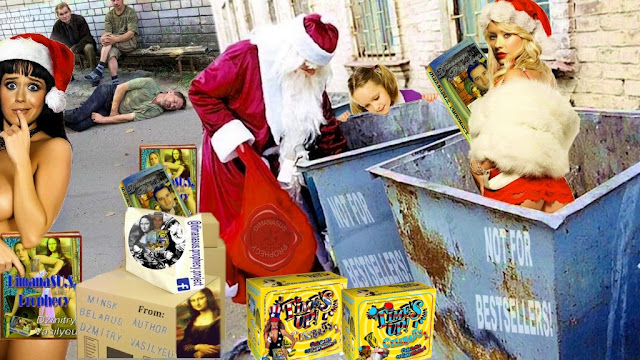 The caricature and fake images utilization is used as a source of common, not-depending on cultural and ethnic aspects, cognitive and  mnemonic oxymora- illustrative associations visualized by applying various  picture-making methods and techniques that allows the audience easily recognizing and to “post-action-associatively” analyzing and even predicting the event that involves such personages, especially in the case of their dreams visualizations that gives hints for foretelling the event in future scenes or episodes.

Here is the list of digitally manipulated fake images, photos and caricatures of easy-recognizable, celebrity and world-famous people: 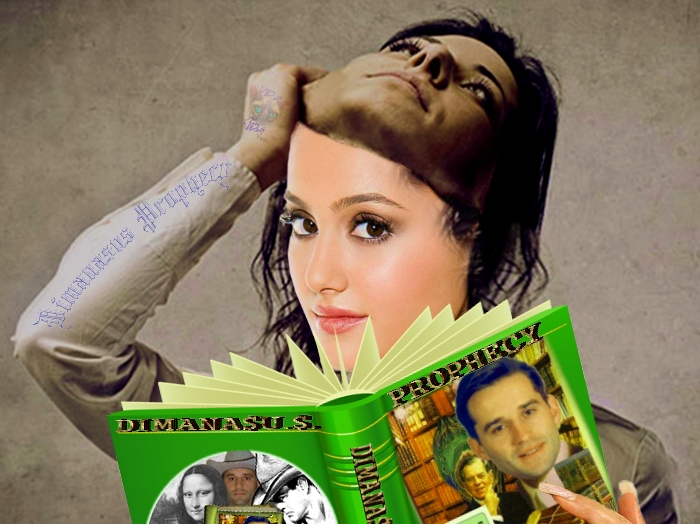 “Throw off the mask & Unmask yourself”

“Dimana$U.$. Prophecy” story introduces the audience to a higher meaning of what is commonly called "love" and “attraction” that applies to the social phenomena of “Wearing the Masks” and “Attaching the  Labels”  causing the people around you to get the wrong impression about who you really are; thus the wrong impression can cause you to be sucked into lots of trouble.
The “visionary” introduction to a higher meaning of "true love" implies the social-engaged issue called “know-how to love” that is revealing a “state of mind approbation” (SOMA) superior than “state of soul” (SOS). 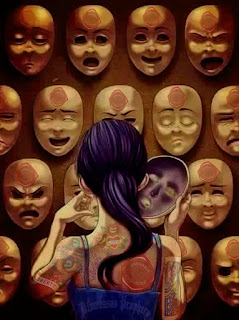 The visualization concept called “throw off the mask & unmask yourself” is employed to show “wannabe” characters through neither what they say nor omit in conversations but through juxtapose “masked and unmasked” characters’ interactions with their hidden and  unspoken feelings.  The “wannabe” visualization makes characters absolutely distinctive by comparing their “masked” and “unmasked” actions and interactions at the certain scenes and attempts to awaken the audience, each and every one, to the dangers that exist when people opt for “mask wearing” conformity over the individuality and for personal-identification security over the FREEDOM of mind.


Some graphic published herein is a composite design consisting of several royalty-free and free-to-copy images. Selective images are not recommended for viewing by “-18” age-group audience.

By accessing and browsing this website including any pages thereof, you are consent of using cookies and you agree to be bound by these WEBSITE USAGE TERMS AND CONDITIONS, as amended from time to time.
The Administrators of this website do not employ cookies but may add third party features and/or functionality from other providers.