Blockchain Start-up Company utilizes the business making model of returning the value to the people who contribute the most and who become the company’s members.

The members become stakeholders, maintaining control over the Blockchain Start-up Company, and earning crypto-assets rewards for each contribution they make.

In respect of "Dimana$U$ Prophecy" Project the Blockchain Start-up Company is defined as a business entity registered in the Unites States and enabled to offer and sell securities through crowd-funding offerings. The Blockchain Start-up Company is intended to be engaged in management of Donor Advised Fund & Charitable Organization be established in the Unites States. 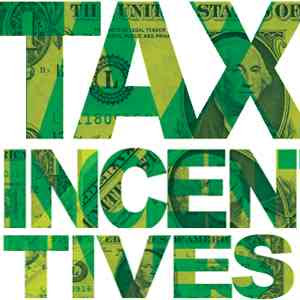 Both Charitable Organization, an independent, nonprofit, public charity, and Donor Advised Fund (“DAF”) are intended to be founded by the Startup Company in any state within territory of the Unites States.
Such project-implementing organizational structure allows -

1-facilitating Startup Company’s activity in order to provide the investment management and administrative services pursuant to the conditions of agreement;

“DPP Digital Assets Issuer Startup” (“DPP-DAIS”) is not obligatory defined as Blockchain Start-up Company and may be organized as partnered business entity delegated to issuing and offering DPP-Coins associated crypto-assets for algorithmic crypto-acquisitions in respect of “Dimana$U$ Prophecy” Project.
The DPP-Platform might be operated and managed by Blockchain Start-up Company or partnered “DPP Digital Assets Issuer Startup” business entity.
The Blockchain Start-up Company may operate and manage DPP-Platform in conjunction with DPP-DAIS be established as partnered business entity with 100% foreign capital (not limited by the place of its location and registration within the country’s borders) seeking for Belarus Hi-Tech Park residency registration. 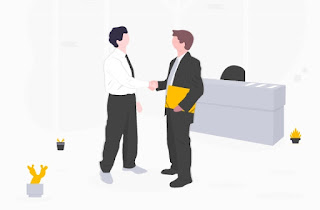 Alternatively, to start with implementing "Dimana$U$ Prophecy" Project, the Start-up Company is to be arranged as a business entity registered in any country all over the world.
In this case the Start-up Company's mission is to create a steady business image of the Project and popularize project-developing initiatives in respect of any given embedded spin-off sub-project.


DPP-Coins associated crypto-assets acquisition is possible only on corporate-membership registration under the terms and conditions of “DPP-COINS EXCHANGE & USE CASES POLICY” that is considered a pre-white-paper outlining plans to build an infrastructure of Support Partners & Growth Services as listed in table below.

DPP-Coins are a motivational coin which goal is to motivate people to do their own Project Participating Task in acquisition of DPP-Coins associated digital assets be given by DPP-DAIS and its representative partners, which may run on their own Proof-Of-Stake energy-efficient Blockchain systems that do not require mining. All interested may get extra rewards by staking DPP-Coins associated digital assets.
The DPP-System integrates “DPP-Coins Discounter System” and “DPP-Coins Fluctuations Bond Acquire-Currency System”.
Enabled by its advanced blockchain-principles based architecture, “DPP-Coins Fluctuations Bond Acquire-Currency System” can be used to create, distribute and use of user-defined tokens in respect of supporting the native DPP-Coins crypto-currency flow through “DPP-Coins Discounter System” integrated into DPP-Platform.
DPP-DAIS aims at providing a complete, stable, secure and trustworthy record of transactions within the DPP-Platform.

It’s not about to teach you in the way you should go – This is about the way you may want to go on!

In the United States unlisted public startup company is designed for Market Unregistered Securities Offerings in conformity with U.S. SEC Regulation Crowdfunding (effective May 16, 2016) that enables offering and selling securities through crowdfunding by following the rules -

1)     Requiring all transactions to take place online through a funding portal,
2)   Permitting raising a maximum aggregate amount of $1,070,000 in a 12-month period,
3)   Limiting the amount individual investors investing in a 12-month period and disclosing information in filings and to investors and the intermediary facilitating the offering,
4)   Allowing Securities purchased in a crowdfunding transaction be resold for one year without "bad actor" disqualification provisions.

An unlisted public start-up company is a public company that is not listed on any stock exchange; however, after achieving its goals aimed at manufacturing products and providing services, may be encompassing to be listed at some stock exchange by meeting its listing requirements. Though the criteria vary somewhat between jurisdictions, a public start-up company, registered as such, will raise its share capital by maximizing a number of shareholders. Unlisted public companies are more likely to engage in profit-maximizing behavior as their share capital structure makes it very easy to give their members financial returns. Nevertheless, a public start-up company may choose not to be listed on a stock exchange for a number of reasons, including because it will not be seeking for more public investors.